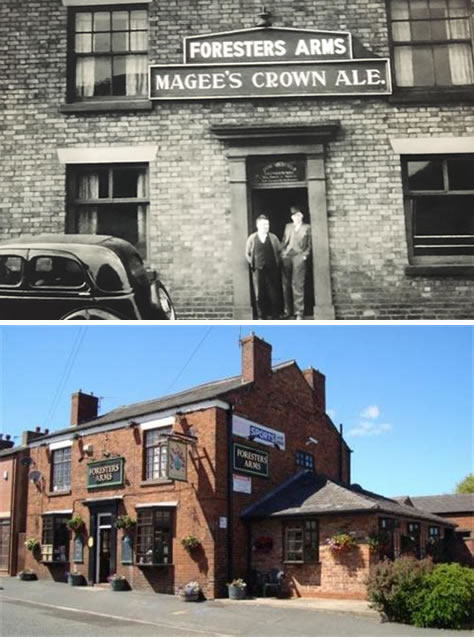 Where It All Began

The Foresters Arms first opened in the early 1850’s under the name of ‘The Rose and Crown’, in the heart of Shevington Moor. In 1861, the landlord John Davenport, was noted on the census to be a tailor as well as a beer seller. Another record of a landlord was in 1901, a gentleman known as Thomas Sheffield was recorded to be a collier and beer seller.

Throughout the years the Foresters arms has changed hands and names multiple times, most recently it was known as the Silver Tally until last year. In the past year, the pub has been returned to its former glory, being renamed the Foresters Arms once again and undergoing a major refurb, becoming a country pub serving traditional fayre.

A warm and vibrant place, the Foresters is always busy either hosting various events, or submersing itself in charity work. The food is extensive and we cater for all, with daily menus and menus for vegetarian, vegan and gluten free. So, if you are looking for a welcoming community pub, with friendly staff, delicious homemade food and a place to bring your furry friends, then the Foresters Arms is the place for you!

Drop Us a Line

Don't be shy. Let us know if you have any questions!